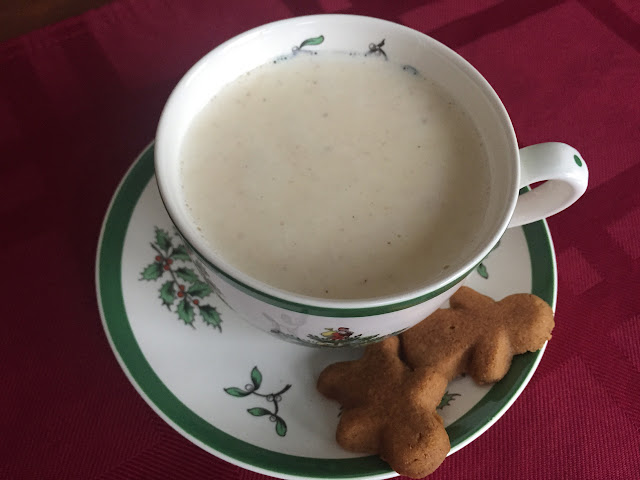 I once believed that eggnog had to be one of two varieties: either the sickeningly sweet, slightly bubblegum flavored concoction that lives safely on grocery shelves for the entire duration of the holiday season or the nostalgic salmonella slurry made at home with raw eggs and an entire dairy herd’s worth of cream. Granted, I happily drank the store bought variety for many years, but I began to wonder if there was something better out there.

Disclaimer: this eggnog is much more attractive in real life. Perhaps my new year’s goal will be to learn how to photograph beverages…during the darkest part of the year… 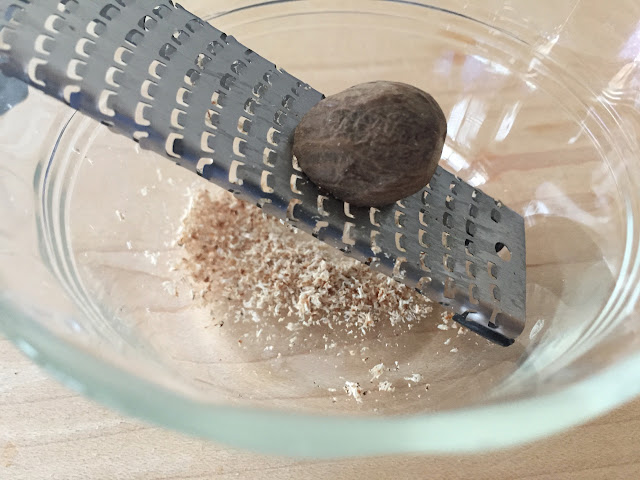 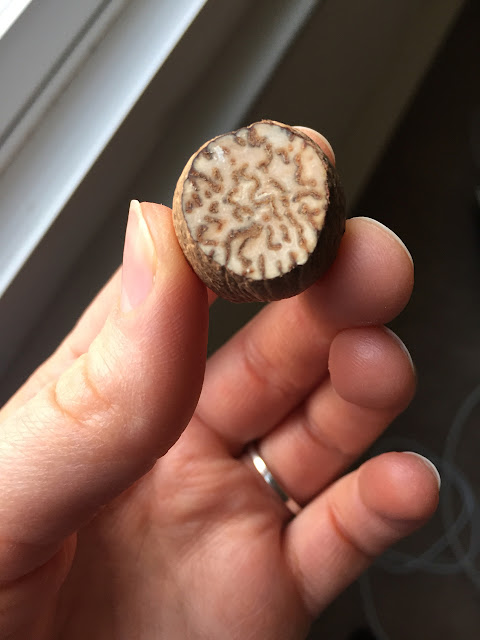 As with many of my questions, I should have turned to the Internet sooner. It abounds with recipes for custardy cooked variations of eggnog that are safe, infinitely customizable, and much more delicious than the mass produced kind. I have settled happily on this light-ish version with fresh nutmeg and a strong vanilla custard flavor. I love it because it tastes exactly as I want eggnog to taste, and it’s creamy without being sickening. Although, I guess I haven’t entirely settled on it because I found out I could make a chocolate version! (I highly, highly recommend it.) I used milk chocolate so that the eggnog flavor still shines but just has a little chocolaty creaminess added. It’s insanely good. 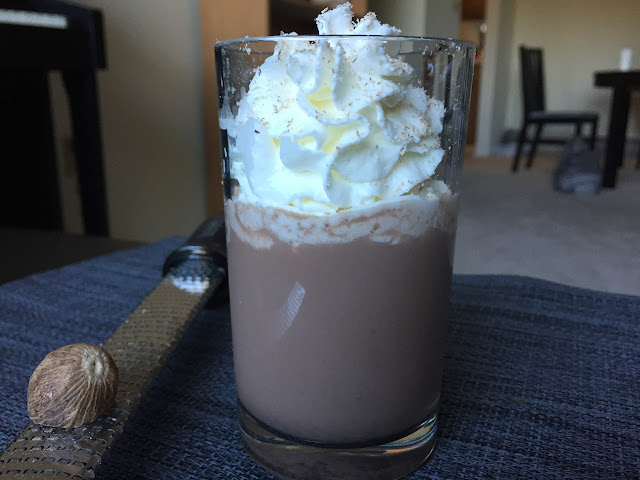 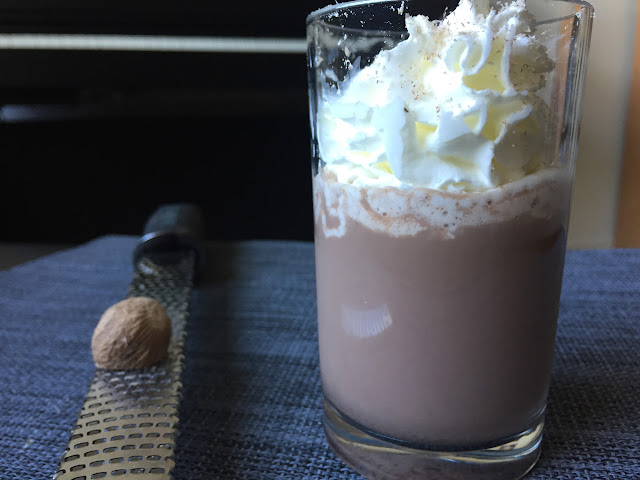 Fresh whole nutmeg is well worth it here if you can find it. It has a subtle spiciness and a brightness that is really highlighted in this recipe. Try to find bulk whole nutmeg so that you can just get the amount you need. I found a bag with three seeds in it for about $0.80. If you need something to grate the nutmeg with, I recommend a Microplane grater, as you might have seen me mention in my previous post. 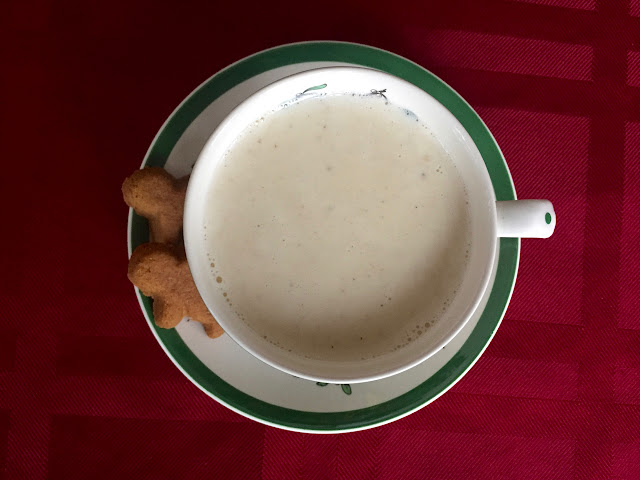 adapted from the National Dairy Board

Prepare an ice bath by filling a bowl with ice water and nesting a smaller bowl inside of it. Place a fine mesh strainer over the inner bowl.

Heat milk in a saucepan over medium low to medium heat until the milk is steaming hot but not close to boiling. In the meantime, whisk together the eggs and salt in a bowl, and then gradually whisk in the sugar.

Add some of the hot milk to the egg mixture one spoonful at a time, whisking to incorporate. (This will gradually raise the temperature of the eggs so they do not coagulate when you add them to the pot.) Once approximately one half cup or more of the milk has been added to the egg mixture, pour the egg mixture into the saucepan, stirring as you pour.

Heat the eggnog on medium or medium low heat, stirring constantly, until the mixture reaches 160 degrees F. It should be a bit thickened and lightly coat the back of a spoon. You do not want the mixture to boil. Remove the eggnog from heat. Pour through the strainer and into the chilled bowl. Stir in the vanilla and nutmeg, and continue to stir the mixture for a few moments until it has cooled slightly. Transfer to refrigerator, and cool completely. Serve with additional grated nutmeg and whipped cream, if you’re feeling fancy.
Chocolate Variation: Mix 2 tablespoons cocoa powder in with the sugar before the sugar is added to the eggs and salt. Add 3 ounces chopped good quality milk chocolate to the cooked eggnog just after it is removed from the heat and before it is strained. Whisk until it is melted, and then strain and proceed as in the original recipe. Chocolate eggnog will form a thin film after it is chilled, but you can just whisk it smooth before serving.