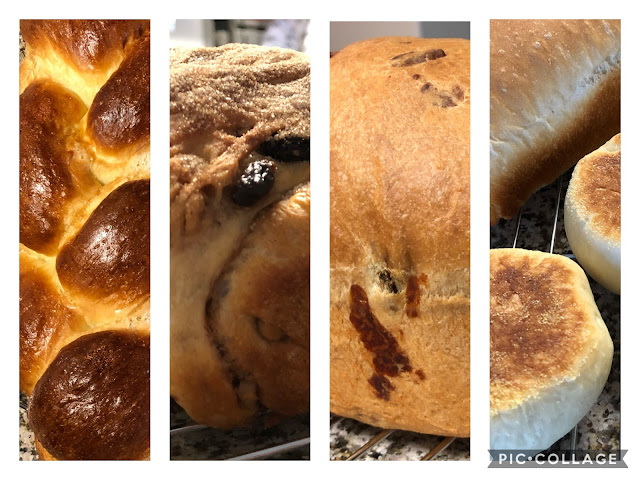 My sequential progression through the book has already been derailed by a combination of personal whims and hard-to-find ingredients. So, in this episode we're covering English Muffins, Casatiello (drool, drool, drool), Cinnamon Raisin Walnut Bread, and Challah. Surprisingly, zero of the breads this time required preferments, so these are all instant gratification breads. Or, as instant as you can get with yeast, I suppose. 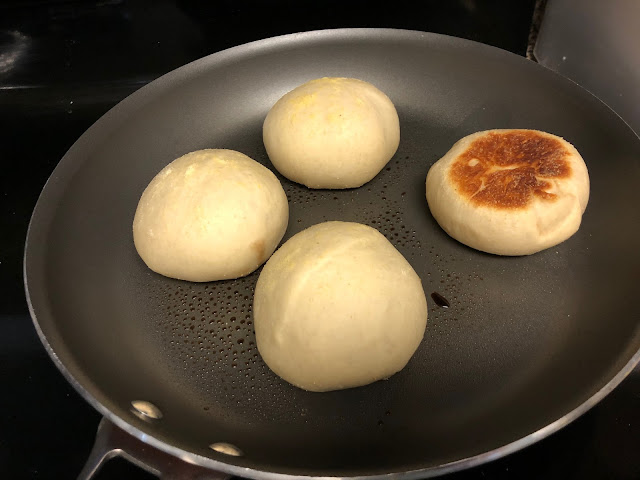 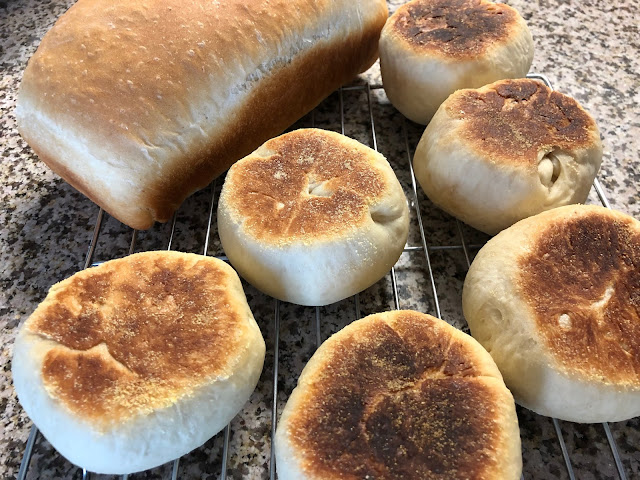 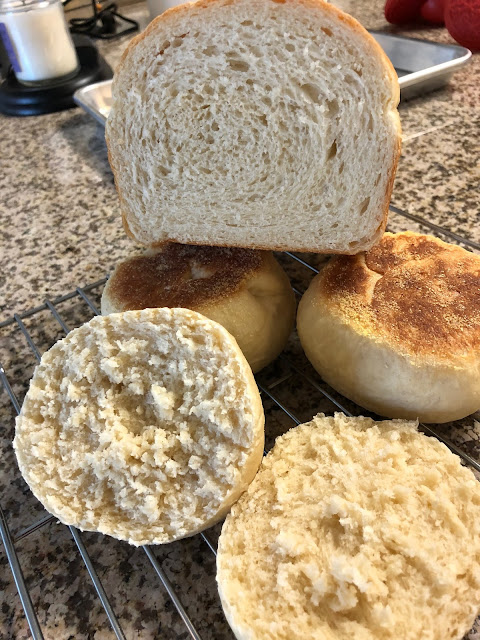 Description: You have probably encountered English muffins before, so I'll keep this brief. They are small and round, yeasted, pan-cooked breads that are typically split, toasted, and topped with butter and/or jam. To be honest, I don't know whether English muffins are supposed to be full of nooks and crannies or whether it's just Thomas brand marketing getting in my head.

Comments: Sadly, this is my first Peter Reinhart bread where I was pretty underwhelmed. As mentioned, I have come to expect nooks and crannies in my English muffins from large air bubbles, but these, as Mary Berry might say, were quite "close-textured." It might have been my own fault, since I had trouble determining how long to proof the dough and when to flip the muffins in the skillet. They were still tasty with a mild flavor and moderate chewiness, but I would definitely try a different English muffin recipe before returning to this one. I also tried the option of making English muffin bread with half the dough, but it was basically the same eating experience in a different shape. 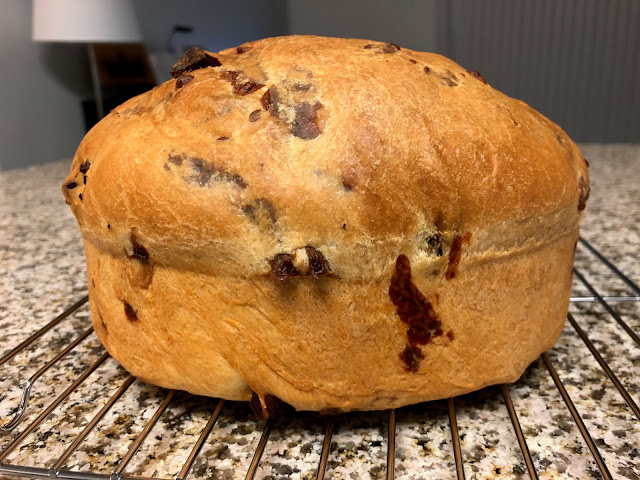 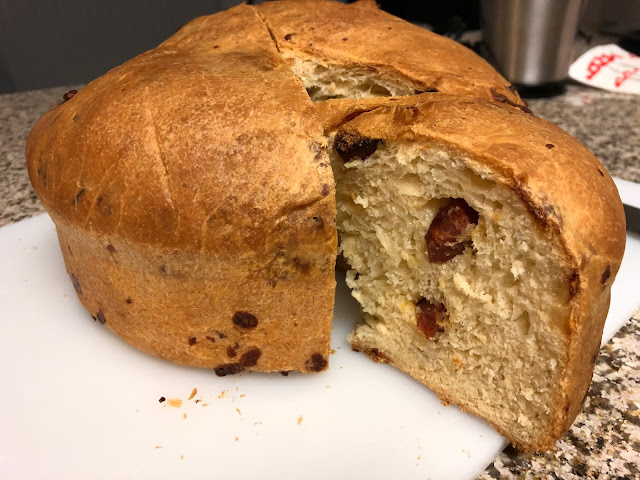 Description: The Italian cousin of brioche, this buttery bread is further flavored by grated Provolone cheese and chunks of salami, or pepperoni in this case.

Comments: So tasty! This is my favorite bread from the book so far. It was a bit less buttery than the brioche I made, which meant the gluten developed enough for it to be deliciously bready and chewy. I loved hitting the salty meaty bits inside, and the cheese flavored the whole loaf. I would definitely make this again! 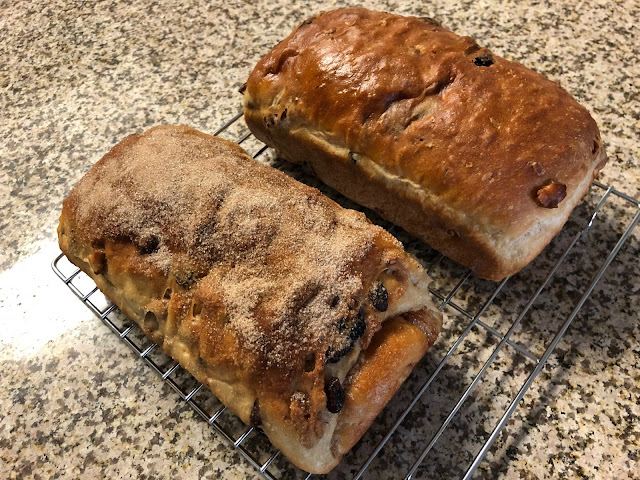 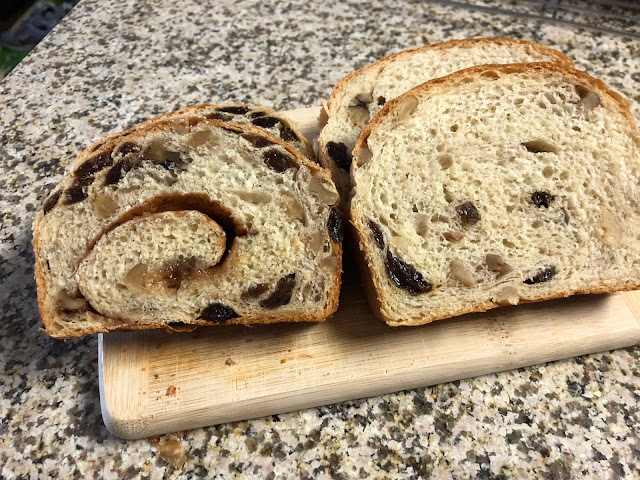 Description: This was a basic white bread loaf spruced up with cinnamon, raisins, and walnuts. Reinhart also gives the option of adding a cinnamon sugar swirl, which takes this bread from good to amazing.

Comments: I loved this bread too! Without the cinnamon sugar swirl, it is a somewhat plain but tasty loaf excellent for toasting and buttering. With the swirl, it's basically a giant cinnamon bun. I especially loved the crispy sweet crust you get from brushing the just-baked loaf with melted butter and sprinkling with cinnamon sugar. I would definitely make this super delicious and hearty bread again! 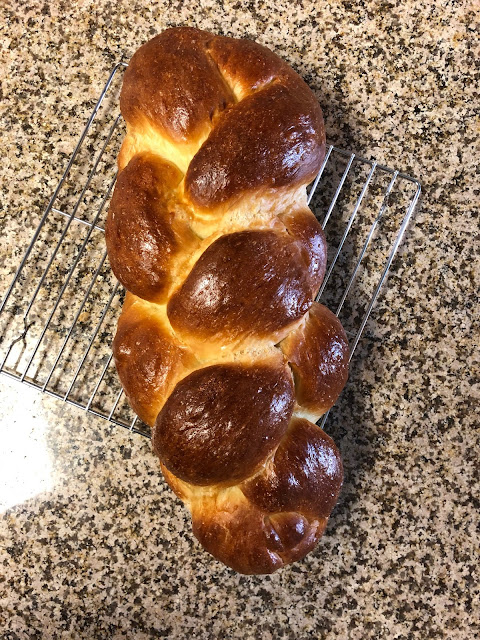 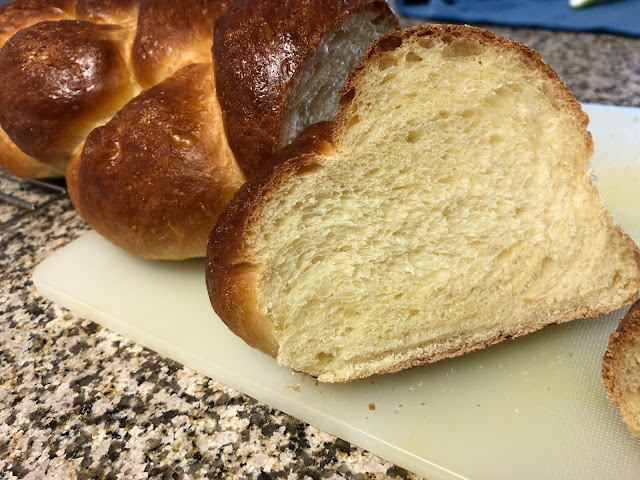 Description: This is a delicious eggy Jewish braided bread. It has a nice chew and is brushed with egg before going in the oven to create a shiny golden crust.

Comments: I love challah. I have tried three different recipes now and enjoyed them all. Comparing this to the other versions I have tried, I would say it's a little bit less tender than Smitten Kitchen's challah (which uses more oil and all-purpose instead of bread flour) and a little bit less flavorful than Hot Bread Kitchen's challah (which uses a preferment). Still, it was fun and easy to make and had a nice flavor. I rated it as moderate difficulty because I have trouble with braided breads. They tend to look decent right after braiding, but then they turn into amorphous blobs after proofing. Maybe I don't make my dough stiff enough or maybe I let the loaves proof too long. It didn't help that I was feeding and bathing my baby throughout the whole shaping and proofing process, but I digress. One thing I liked about this recipe is that it used only egg white for the glaze on the crust instead of a whole egg. The crust ended up nice and golden still, but it was light and crispy instead of shred-your-mouth thick. I might make this specific recipe again, but I would just as soon use a different challah recipe too.