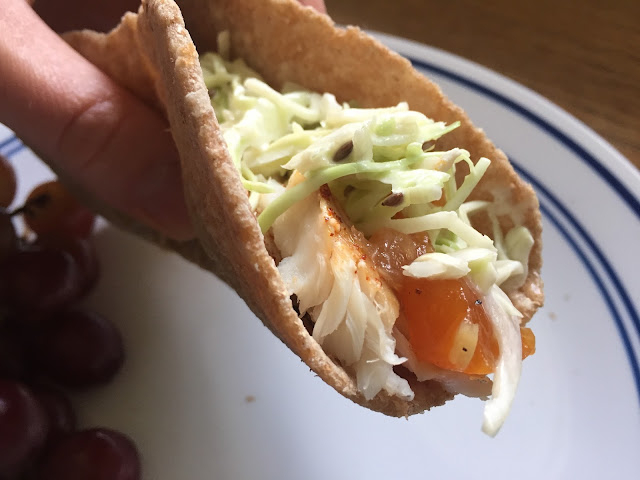 I admit I don’t know what to call these. In my mind, they’re Indian fish tacos, being neither authentically Indian nor authentically tacos. So, maybe they’re “Indian” Fish “Tacos” (not Indian “Fish” Tacos) or maybe they’re just Hipster Fish Sandwiches. Whatever. At any rate, please eat them because they are delicious, and then maybe you can tell me what their proper name is. 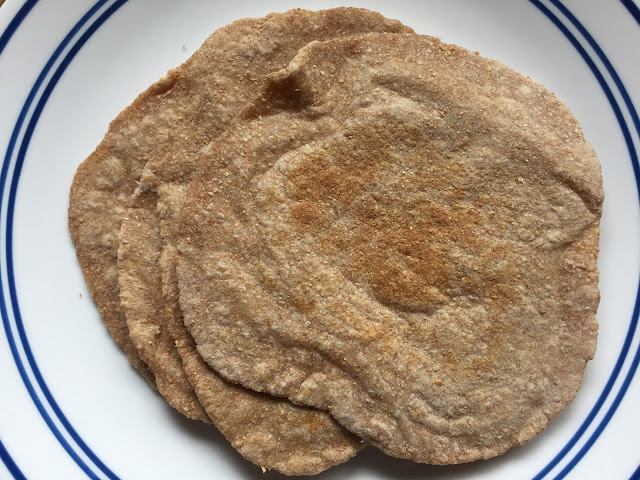 This dish came about because of a “when life gives you lemons, make lemonade” scenario. Just replace the word lemons with “disgustingly under-ripe papaya” and the word lemonade with “chutney!” and you’ll have a good idea of what happened. So with a large quantity of delicious chutney hanging out in my fridge, I began scheming about putting it on top of a nice mild fish. I was also in the mood for fish tacos. Taking the flavors from the chutney as my cue, I decided to add a twist and use whole wheat chapatis instead of tortillas. I finished my “tacos” off with a toasted cumin and lime slaw, bringing some earthy crunch to balance the sweetened papaya. I hope you enjoy these as much as I do. 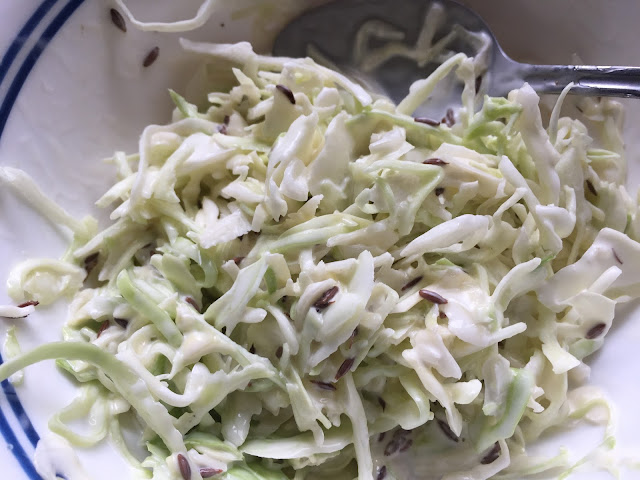 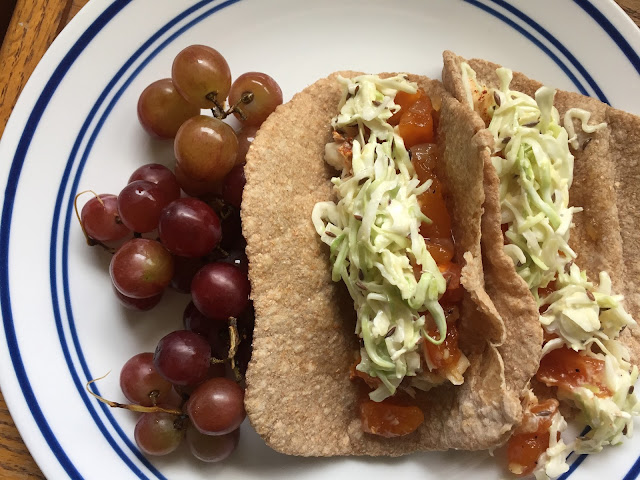 Bake fish on an oiled baking tray for the length of time specified on the package, or until the fish reaches 145 degrees Fahrenheit internally. Remove fish from oven, and immediately place a small pat of butter on each filet, moving it around to melt. Sprinkle with paprika, salt, and citrus juice to taste.

Toast cumin seeds in a dry skillet over medium heat, tossing occasionally, until golden brown and fragrant. Combine all ingredients, adding more cabbage if too wet or more mayonnaise if too dry. Chill until ready to use.

Bring the water and salt to boil in a pot with a well-fitting lid. Once fully boiling, add all the flour, and mix thoroughly with a spoon, wooden or otherwise, to incorporate. Place the lid on the saucepan, and let sit for about 2 minutes so the flour can hydrate.

Place the hydrated dough into a mixing bowl/Kitchen Aid (or continue right in the pot), and mix with dough hook or other utensil until the dough is stiff and resembles cookie dough. (The original recipe states some number of minutes for this, but I find that mine reaches this point almost instantly, and thus I never mix for very long.)

Remove dough from pot, and place on a lightly floured work surface. Knead carefully – it’s hot! – until dough comes together in a smooth ball. Roll the dough out into a log, and divide into six equal portions. Roll each portion into a ball, and flatten slightly.

Place a dry skillet – cast iron works great here, but nonstick works too – over medium heat. With a floured rolling pin, roll each dough disk into a chapati circle about 6 inches in diameter. Cook chapatis one at a time: let cook 15 seconds on the first side, and then flip and cook 45 seconds on the other side. Flip once more, and let cook an additional 30-60 seconds until golden. On this flip, the chapati may puff up like a balloon, filling with steam. If the chapatis are browning too quickly or slowly, adjust the heat accordingly.

*I used this recipe, heavily adapted. I didn’t have fresh ginger, so I used between ¼ - ½ teaspoon ground ginger. I also substituted ground spices for whole (pinch of black pepper and 1/8 teaspoon or so of ground cardamom, more of both to taste. Finally, I used a bit less vinegar than stated (try ¾ the amount first). And I didn’t wait a month to eat it. I ate it immediately. That’s how I roll.

Makes enough for about 6 tacos.
No comments: