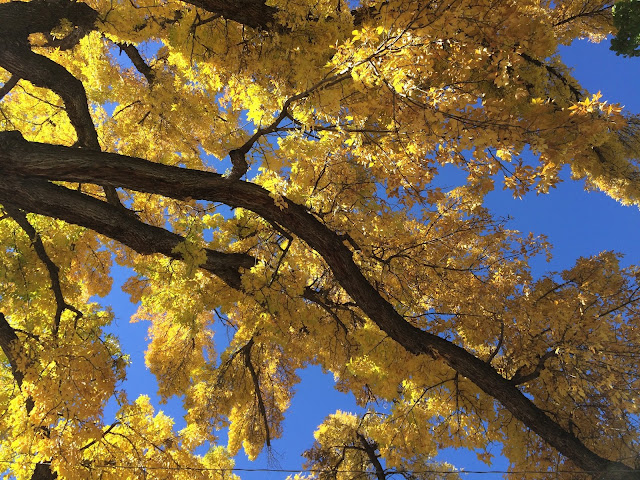 Maybe it’s the chilly mornings, but something about autumn makes me want hearty, starchy, filling foods. This granola is my favorite and one I have been making regularly for the past few years, especially in autumn and winter. 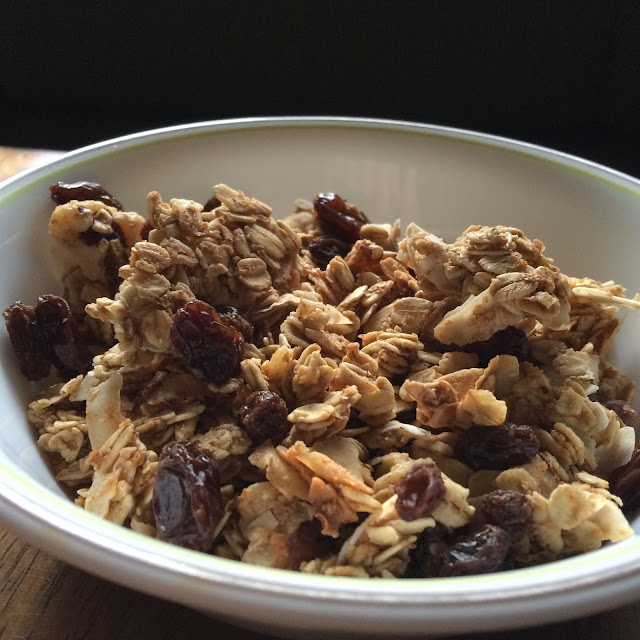 It’s crunchy and sweet, but not too sweet. It has wide-flake coconut that gets perfectly toasted and a pleasant maple-cinnamon flavor. The original recipe calls for walnuts but also works great with almonds or pumpkin seeds or probably any other nut you would want to try. I also appreciate the fact that it’s not drenched in butter or oil. There is a little bit of olive oil, but the real crunch-creating factor is egg white, which causes delightful clumps and allows the granola to stand up to milk being poured on top of it.

This granola is also great with pumpkin butter, apple butter, or pear butter; and it’s good with yogurt too. It’s also good when snacked on plain. In fact, you should probably make a double batch while you’re at it. 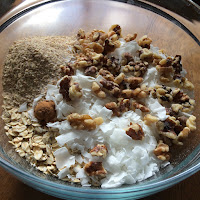 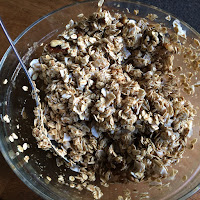 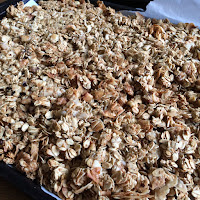 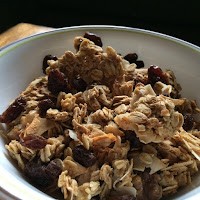 Fun Fact: Oats contain soluble fiber, which has a myriad of health benefits. One benefit is that it can bind to “bad” cholesterol, causing it to be expelled from (rather than recycled through) your body.

Preheat the oven to 300 degrees F.

Mix all ingredients from oats through cinnamon in a large bowl, making sure the oats are well coated. In a separate bowl whisk the egg white until it is a bit foamy. Stir the egg white into the granola until it is well-distributed.

Spread the granola out flat on a parchment-lined baking sheet. (At this point, I like to make a gap in the center of the pan so that the granola forms a giant, oblong ring instead of a sheet. I find this helps with browning.) 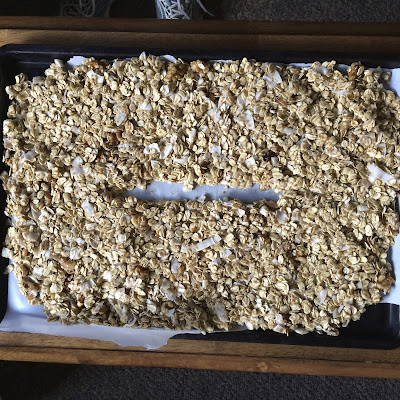 Bake the granola for 45-55 minutes, carefully flipping after about 25-30 minutes – use a large spatula, and flip in sections, keeping the clumps as intact as possible. Continue baking until it is deeply golden brown, and then let cool completely. Store in an airtight container, and eat with dried fruit and fruit butter, yogurt, or milk.